The idea for KHJ Radio came about in 1994 when Larry Fuss (now President of South Seas Broadcasting, Inc., the parent company of 93KHJ) was looking out the window of his radio station in Mississippi following a big ice storm. The streets were littered with fallen trees, broken branches and tons of ice, and the electricity had been out for over a week. Fuss thought to himself, “wouldn’t it be nice to have a radio station on a tropical island in the South Pacific?” On somewhat of a whim, Fuss immediately began researching the possibility and ran across an available frequency for a new FM Radio Station in Pago Pago, American Samoa. The FCC application was filed on November 20, 1995, and finally granted on February 13, 1998.

Fuss and his Mississippi partner, Kirk Harnack, joined with a Samoan partner, Smitty Lutu, and KHJS-FM was born. (The station’s official call-sign was later changed to KKHJ-FM). The transmitting facility atop Mount Alava was constructed in November, 1999, and the station began test broadcasts at that time. On May 1, 2000, the station moved into new studio and office facilities in Pago Plaza, an office and shopping complex in downtown Pago Pago, and 93KHJ began regular programming. With it’s “American-style” pop music format, the station was an instant hit.

Occasionally, we’re asked “wasn’t there a radio station in Los Angeles named 93KHJ?” Yes, indeed there was. During the late-60s and early-70s heyday of Top 40 Radio, 93KHJ (KHJ-AM 930) was the leading Top 40 station in Southern California. We choose to call our new station in Pago Pago “93KHJ” in honor of the legendary Top 40 giant.

In 2004, the company added television programming via cable. The television operation was subsequently expanded to include KKHJ-TV, operating on UHF Channel 30. Today, the company operates “Island Television”, which includes KKHJ-TV (Cable Channel 10), as well as “The Island Info Channel” on Cable Channel 13.

In September 2017, the stations moved to larger facilities in the Aitulagi Building on Fagaima Road in Tafuna.

In February 2019, South Seas Broadcasting purchased KNWJ-FM, a Christian station that had gone on-air in 1999.  The station was changed to KKBT-FM and adopted a Rhythmic Top 40/Rap format known as “104.7 The Beat.” 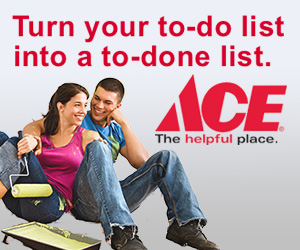